The Sting of Five Fantastic Scorpions 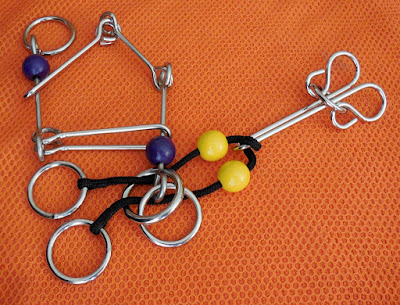 Since the beginning of time, the crypt of eternal secrets has been safeguarded by the ancient elemental scorpions: Air, Earth, Fire, Water, and Aether.  To ensure against trespassing by the unworthy, the guardians sealed the crypt with an impenetrable lock.  This lock, known as the Sting of Five Fantastic Scorpions, holds the ring of transcendence.  He who can surmount the locks challenges will achieve ultimate enlightenment.

The Sting of Five Fantastic Scorpions includes a pentagon representing the crypt of eternal secrets with each of the Fantastic Five walls created by one of the elemental scorpions.  The ring of transcendence is safeguarded by the crypt in the bottom right corner.  Through the heart of the ring lies the trigger for the Scorpion’s Sting, which when released, strikes with the might of the combined elemental scorpions. 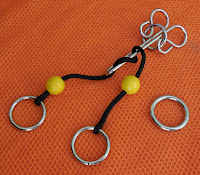 The Scorpion’s Sting consists of an eternal timeline terminated on each end with an elemental ring that passes through the stinger not once but twice to create a time loop.  Venomous yellow spheres located along the timeline on each side of the stinger keep them entwined for all eternity.  The secret to removing the ring of transcendence from the eternal timeline can’t be revealed here to avoid the wrath of the eternal scorpions.  However, we can mention that the elemental scorpions were careless in basing the Scorpion’s Sting on the cosmic Fork in time and the lone Scorpion, which is essentially the same without the time loop, and can be used to acquire the hidden knowledge required to release the ring of transcendence. 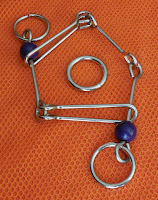 Fantastic Five forms a pentagon for invoking the spirits of the eternal scorpions.  The pentagon is formed by chains that are 2 and 3 segments long.  Each chain is terminated by an elemental ring as well as poisonous purple spheres to keep them entwined for all eternity.  Although the pentagon is a powerful shape, it is flawed.  The two chains are unbalanced, which can be exploited to acquire the ring of transcendence.

Mortals can attempt their fate with the Sting of Five Fantastic Scorpions by obtaining Scorpion’s Sting and Fantastic Five from the PuzzleMaster Gods.  The Fork and Scorpion can be acquired from them as well.
Posted by Zen at 12:00 PM